MuTerra is a dystopian novel about a comet named Ignatio-17 is about to come within hundreds of feet of the sun's position and there is nothing we can do about it from Earth.

The book explains how top secret it would be for everyone to not have information about the comet, to not cause an uproar with the people on Earth.

When reading this book, the inevitable end of the world climax was lacking a certain amount of drama or excitement. Instead it was written very matter of fact while just including the scientific info explaining how Earth was affected, and what the outcome was for humans.

Luckily, there was an military installation that was secure enough for a large amount of people to be stored safely inside. Along with some crew members of a submarine, these are the only humans left alive as far as the story is concerned.

For such horrific results on the destruction the comet had caused, I was hoping to have more detail about the volcanos that erupted and the earthquakes that shifted continents so as the reader, I would be able to understand how detrimental the comet hitting the sun really was. I felt like there was too little climax, and I was almost reading something out of a very future history book which just included the basic facts from the day the Earth ended.

I do enjoy science and history too much to not have liked this book. It may have been lacking in the certain drama I am accustomed to, but overall it was a good book that was easy to read, even with scientific jargon, and I was anxious all throughout the book to come to the final conclusion about how the world got past such a disaster. 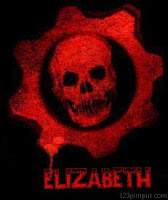 WRITTEN BY Unknown at Saturday, October 06, 2012 No comments:

Buy it now at:
Amazon
Barnes and Noble

It's 1937 during the Spanish Civil War and Francois has just been notified that his son has died fighting the Fascist Rebels. On his way to visit his son's grave he meets Alma who has also experienced pain and suffering due to the war. On his way back through the small town that he met Alma in, he watches the town become bombed and destroyed.

Francois tries to keep to himself while making money selling game that he has gone out and shot. He hides behind his reputation as a town drunk to insure no one would expect him to be hiding young Jewish girls in his home, or helping with covert operations.

Francois was at one time a Language teacher, but now he finds that he has attracted women, young enough to be his daughters, while fighting very close to the front lines.

Even though all the suffering he has experienced, he never gives up and he continues to protect as many people as he can.

This is a story of how Francois and the rest of France are handeling the Spanish War and the beginning of World War II. Although he did not sign up for a lot of the missions he finds himself in, he fights on.

I thought this was an educational and entertaining book. Francois is an easily liked character because of how much he does for others, even though he puts on the face of a rough drunk who has little to no feelings for anyone but himself. Inside, he's just as hurt, confused, and terrified of what is to come of his home country and those around him.

Before reading Farewell Bergerac, I haven't read a book that has taken place in France during this time period, but after reading Nath's book, I am anxious to not only read more from the author, but also more about this time period in France.

Mr. Fredrik Nath does a great job at combining history with fiction and together he wrote a very entertaining book that I enjoyed reading.

WRITTEN BY Unknown at Saturday, October 06, 2012 No comments: