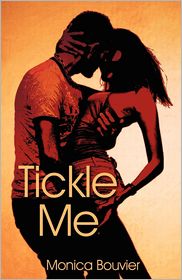 Buy it now at:
Barnes and Noble
Amazon

Add it to you Good Reads Shelf

All her life she has dealt with being awkward and socially outcast, even by her own family.  Alice is an ungainly young woman who is quickly approaching thirty. She is consumed with her desire for physical and emotional love. There's a small hitch in her plan, she's a virgin and finds herself to be a bit uncoordinated when it comes to talking to others, especially men.

She's a an outcast not only in the work place, but also in her own family. The only true friend she has in her life is her friend Patty, who is an outgoing and confident woman who is constantly trying to get Alice out of her hole and live a more social and exciting life.

Socially and physically awkward she eventually reinvents herself with an amazing makeover. Even after she takes down all her profiles on her dating websites, she somehow gets an email from a man named Erik. Even though she doesn't know how he found her, she responds excitedly. They soon get o know each other through emails and soon Alice finds herself head over heels for Erik, even though they have yet to formally meet.

What about Erik's emails? Am I the only one who thought he sounded a bit like a young teenager in today's times. He uses an insane amount of slang and words that are misspelled on purpose which I fin to be annoying in real life, let alone in a book that I'm reading.

My favorite part of this book was how much Alice's personality changes when she gains the confidence due to her new love interest. She finally starts to stand up to herself and make herself known as something more than her reputation.

Overall I would give this book a 4/5. The only real complaint I have about this book was how Erik's emails seemed to be too much like a young girl chatting with her friends online. Of course I'm not talking about the content, just his writing style.

Email ThisBlogThis!Share to TwitterShare to FacebookShare to Pinterest
Links to this post
Labels: Book review, Monica Bouvier, Tickle Me

Engage, Rather than Alienate, Your Audience


This is a book that will guide you to be able to speak to an audience and be understood by a variety of different people. With so many companies in the United States becoming global in selling, buying and employing it is vital that you understand the countries manners in order to speak to them without insult or confusion.

This book goes in depth on the English Grammar and how to speak proper, but not proper to the point of being misunderstood by any one person. By using grammar correctly you can communicate to others while also persuading them that what you have to say is important, correct, and a topic you want to hear more about. This can vary from persuading future customers to purchase from your company to those in higher positions in a company that need to address a large amount of people, while also being understood by the group as a whole.

By just rewording what you are trying to say you can look appealing, intelligent, persuasive, and understood by a mass amount of people. This is a great book for those who do a lot of public speaking, from political figures to an oral presentation in school. Even though I don't do a lot of public speaking, I learned a lot from this book that can be useful when talking to almost anyone you do not know personally because it is a general way to talk that will appeal to everyone.