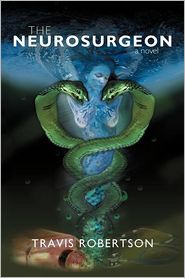 Buy it now at:
Barnes and Noble
Amazon
Kindle

Add it on Good Reads

This story dives into the rehabilitation of Ira, who was a skilled brain surgeon with a heavy drinking problem. The drinking is causing his marriage to fall apart, and it's affecting his place at work.

See, Ira made a medical mistake and missed his brother Michael's cancer, and when he passes away, Ira goes crazy with guilt. It all goes down hill from there

He eventually checks into a rehab center where his doctor patient role is reversed. He is now the patient and is under the care of some questionable doctors, in his opinion. He learns maybe the doctors aren't as uneducated as he originally thought, and he is able to dive into his issues that caused him to rely on the bottle.

During his stay at rehab, there are a lot of minor characters that come in and out of his story, which I found to be extremely confusing. The author introduces characters that don't stay in the story very long and it made me question what their purpose was in the story to begin with.

The topic of this book was great and I enjoyed the concept. The writing style with the location and times changing and characters coming and going, was not something I found to be enjoyable to read. I would recommend this book on the topic alone. In fact, I am not found of the title, it doesn't do the book justice. The title alone made me not want to open the book. I give this book 3/5